Dr. David Jones was born and raised in Martinsville, Virginia. After graduating from Hampden-Sydney College, receiving his dental degree from the Medical College of Virginia, and completing his Orthodontic education at MCV, he returned to Martinsville to set up his own orthodontic practice in his hometown. He has enjoyed providing orthodontic care to thousands of families in the Martinsville-Henry County area and continues to love creating beautiful smiles in our community.

Dr. Jones is very active in his church, the Martinsville community, and many dental and orthodontic study clubs and associations. He stays up to date by continuing his education, so that he can provide the best and most efficient orthodontic treatment to his patients.

Dr. Jones is also very involved with conservation efforts in the Martinsville and Henry County. For the past decade, he has combined his passion for education, conservation and the Smith River by establishing the Trout in the Classroom program in more than 30 elementary and middle schools in the region.

Dr. Jones is the son of the late Dr. George Louis Jones, a respected and admired family practice physician in the Martinsville community for over 30 years, who was also an alumnus of MCV. Dr. Jones’ wife, Karen Jones, is also from Martinsville and has always been very involved in the local community. They have two children, both of whom followed in their father’s footsteps. Their son, David, completed his dental and orthodontic education at MCV/VCU and is practicing orthodontics in Roanoke and Rocky Mount, Virginia. Their daughter, Lauren, is currently enjoying her first year of dental school at MCV/VCU.

When Dr. Jones is not creating beautiful smiles, he enjoys spending time with his family, playing golf, fishing, and pursuing efforts to preserve the natural beauty of our local area.

While at WVU, Dr. DeShon enjoyed volunteering in her community and traveling to further her education at advanced training courses. Her favorite part of residency was learning from her co-residents and mentors.

At WVU, Dr. DeShon was trained in evidence-based decision making and maintains great confidence knowing that all of her clinical decisions are backed by the highest quality orthodontic research available. She believes this practice allows her to give patients the most effective treatment in the most efficient manner.

Dr. DeShon takes pride in letting her patients know that, in the majority of cases, she can accomplish their goals using any of the orthodontic appliances they prefer — metal braces, clear braces, Invisalign and more. Dr. DeShon believes her role as an orthodontist is to make her patients her highest priority, and she strives to make each treatment decision as if she were making it for a member of her own family. Dr. DeShon's favorite aspect of her job is forming long-term relationships with her patients and their families.

In her free time, Dr. DeShon enjoys cooking, bike riding, scuba diving, reading and shopping. She loves traveling, especially to the lake and the beach, and spending time with her husband and daughter.

ONLY PROVIDERS IN THE REGION ENDORSED BY INVISALIGN TO TREAT TEENS 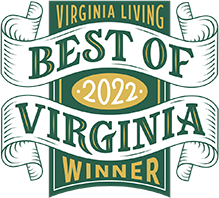